“He said I was in my early forties with a lot of life before me
When a moment came that stopped me on a dime.”

A little behind on this blog post but I’ll be honest…had to pull this one out of me. Things are hectic and crazy and we’ve got five football schedules, a hockey schedule, two work schedules, a gym schedule and then somewhere in all of that - oh yeah… life is in there too. It has been a lot.

Someone made a comment to me last week that serves as the inspiration for this post. They said there is such a difference between living and existing. I readily agreed and in fact thanked them for giving me the inspiration for my blog - what a great thing to write about! I know countless people that I can reflect on and boy oh boy this will be a good one - maybe even GREAT!! Ah foolish foolish me…Little did I know that it would be my own life that would provide plenty of 'inspiration'.

A quick trip to my good ole girlfriend Merriam tells us that existing means to live at an inferior level. Let me repeat - live at an inferior level. Ewwww. Hallie translation - living in a way where you aren’t grabbing life like a down pillow and squeezing it as hard as you can all the while eating a taco and drinking a Titos. No. Existing is more like looking at the pillow, giving it a poke and settling for a hot dog and a warm beer. Thumbs down.

“I asked him when it sank in that this might really be the real end.
How’s it hit you when you get that kind of news? Man, what’d you do?”

I hit up my gal Merriam again and lo and behold you won’t believe the definition of living. Living means to be full of life or vigor. Wowza! Full of vigor! When you are living you are not just squeezing that pillow, eating the taco and drinking the Titos - you’re jumping up and down on the bed while having a dance party. When you are truly living your life you are making each day count, each moment matters and you are giving all your gusto to each and every second! YES!

“I went skydiving I went Rocky Mountain climbing.
I went 2.7 seconds on a bull name Fumanchu.”

The reality of it is that life doesn’t always present itself in a way that we can live - some days, often times we simply need to get through the moment, the hardship, the turmoil. EXIST. And whereas it would be great to spend each and every day eating tacos and drinking Titos and squeezing pillows - you-know-what happens and our grand plans are ruined. And life, man, there are days it’s just hard and the very act of getting out of bed is a feat. 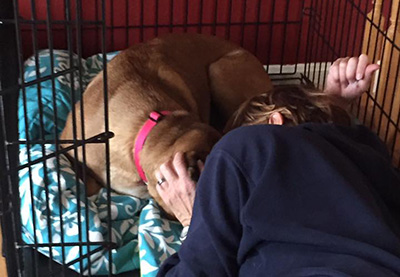 And some days, some weeks, some years - our happy switch is harder to turn on. We get over scheduled, over stressed, underpaid, over worked and the Atlas shoulders from which we hold everything up start to tremble and shake. And, sometimes, we even drop that world that we are holding up because it just becomes too much to bare. Did you hear the boom from mine crashing to the ground this weekend? Some days it is easier to exist than it is to live and a day here or there is okay but existing can become habit forming because it is easier. So how do we break that cycle?

My husband would call this having a tantrum but I am going to take the kinder gentler approach and simply say you gotta let the beast out. Have a meltdown. I stomp around and sometimes slam doors which is totally not effective so don’t do Hallie. But go for a run, cry, throw rocks into the woods, lay on the grass and kick your feet and rage at the unfairness of it all - preferably when the neighbors aren’t home but whatever floats your boat. Releasing all of that pent up frustration allows you to clean your lens and start fresh. Trust me - it works.

Talk it out with someone. Whether you type it out, talk it out, text it out, smoke signal it out - find a way and give life to what you’re feeling and then let it go. Be prepared to own what you say or type or text which is why it’s a good thing to do this after you let it all out. You don’t want to say things that you will regret and often times after we’ve released the frustration we have a little bit of clarity about what is really causing us to exist instead of live. Get it out in the open and face it.

When we stop learning we stop growing. True story. I don’t care how old you are there are still lessons to be learned. And when you’ve faced what it is that is causing you to exist LEARN FROM IT. Come up with a solution as to how to prevent yourself from getting in the same spot next time. It’s not Groundhog Day people - no one wants to keep reliving the same crummy days.

"I was finally the husband that most the time I wasn't
And I became a friend a friend would like to have."

At the end of the day, a lot of it boils down to choice. Not always but the choice is always there.  I do believe that attitude is everything and the attitude with which we approach our days will dictate tremendously when we go to bed saying “That was a day well lived” or “Ugh.” Choose to live and not exist. Commit to yourself to get the most out of each day that you can, to embrace the good, the bad and the ugly and understand that the good is a gift and that the bad and the ugly - hey, this too shall pass. 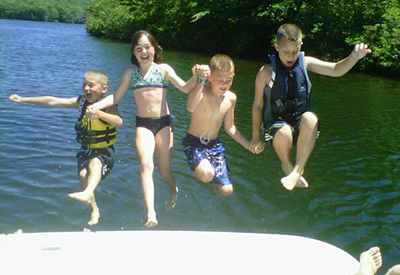 Existing versus Living - My World

This past weekend was supposed to be amazing. Lexi was coming home for the first time since she left for college, we had a long weekend, Jackson was home for four days, CJ had a game and man, we were going to make these awesome family memories. Yeah…it did not go as planned. Not only was it a far cry from the fairy tale I had conjured up in my mind but more like a 24 hour showing of Groundhog Day where each day got worse than the next. With LOTS of tantrums. It wasn’t pretty. I’m great at a lot of things and I learned this weekend that I can launch a cooler across an empty three stall garage. With one hand.  Yes.  Major tantrum. Let it out - CHECK.

But I did talk it out. Over and over again. At times quite loudly. Oh and at one point in the weekend with a three page letter addressed to my family. Via text with my Rob. Lots and lots of talking and typing and texting and then repeat. My voice is hoarse and my fingertips hurt and I came up with new words in spellcheck that I don’t even think Siri knew existed. Talk it out - CHECK CHECK.

Ho boy I did some learning this weekend. I came to realize that life has been too much for me lately. And not enough. That I needed to find my happy. And I haven’t taken the time that I need to ask for help. To not do everything. To demand appreciation. To give a hand. To lend an ear and not advice. I have put myself first and last and not taken the time to have gratitude for the journey. To not get complacent. I lost moments, time, opportunities this weekend that I can’t have back. And it was foolish. And necessary. And I realized that yes, even Atlas needs someone to hold onto the heavens while she takes a breather. And I learned that even when my shoulders are weak, my heart - my heart is strong like bull. Learn from it - Yes, Ma’am. CHECK THAT BOX. 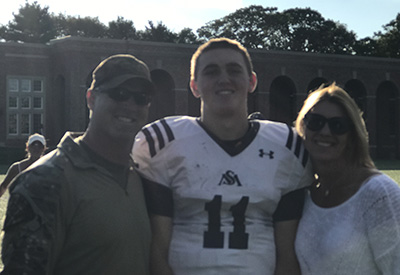 And I had to remember that this life I lead - it is a gift. And it is up to me to choose to live. Life hands you lemons all the time and I need to remember to grab those lemons and make myself some lemonade NO MATTER WHAT. It is easy to check out and get through your days, existing instead of living. Choosing to live - 100%. CHECK.

I fall back on how my sister and her husband have days where they are living but more where they exist. And I commend them for the days that they can live and there have been a few more this year than last. But every day is a battle and I know without question they would give anything to have one more day to LIVE with their son. 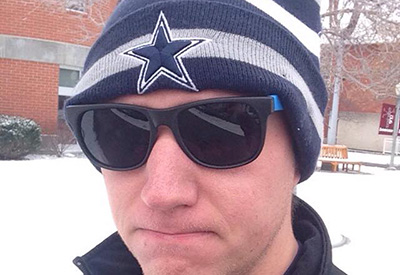 Life is going to throw you curve balls. Every day is not going to be perfect. But make an effort to live and not exist. Our days - they are a gift. Embrace them. Live them with vigor and happiness and gratitude. What will your dash say about you? Hopefully it will say, mine will say that you and I, we made the CHOICE to live. 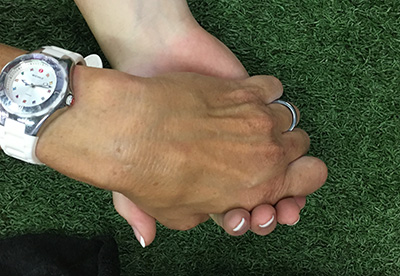 “And I loved deeper and I spoke sweeter and I gave forgiveness I’d been denying.
And he said ‘Some day I hope you get the chance to live like you were dyin.'”