Ahhhh…The middle of February. Valentine’s Day is about to come and go, we are on the verge of the downhill stretch of the month. We’ve got spring around the corner, a promise of warmer temps and longer days. There is light at the end of the tunnel of surviving the winter season and I personally cannot wait. Old Man Winter can see himself out any time now.

What I’ve found about this time of year is that I am in need of some inspiration. A reminder of my goals, a mental attitude adjustment if you will. I blame my lapse in motivation on any number of things - the weather, the sickness of the season, the dust in my house that is never-ending, fluffs of pet hair that are EVERYWHERE, pasty white dry chicken skin that blankets my bones - I could go on and on for days. Bottom line is I need some sort of uplifting kick in the pants. And inspiration found me.

With every goal that we set in our life, whether it’s a daily goal, something that we want to accomplish by year’s end, a promise to not eat the whole chocolate cake in one sitting - whatever that goal is, we need to decide to enter the arena. No big deal right? I’ve done it, you’ve done it. We write down our goals, we talk about it with our peepers, we map out a plan as to how we are going to get the job done. 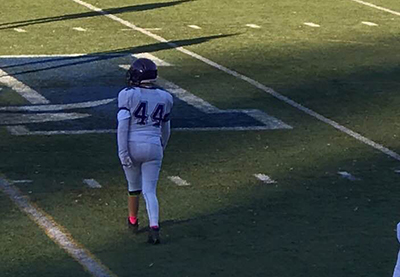 And it’s not just about goals. Those aren’t the only arenas we enter. It’s a marriage. A new job. Having a baby. Getting a dog. Anything in our lives where we make the choice, the conscious decision to enter into the unknown, attempt something new that is outside of our comfort zone - when we decide to enter is the first step in committing to change in our lives. Change in our person. Growth as an individual, a partner, a parent. And man, that decision in and of itself is magnificent. But that’s only one cog in the wheel.

You’ve made the commitment to enter. Set up yourself for success come January 1 and are all in and gung-ho and all guns ablazin. But that first step forward, that actual sticking your big toe into the waters of Yes, I Will - that takes courage. We have to muster the courage to actually not just commit verbally, in written form, etc. to our goals but we have to muster the courage to actually put in the work to make things happen. Go to the gym when we’re tired. Say no to the cookie. Hold our children accountable for their actions and discipline them. Courage is not for the weary. 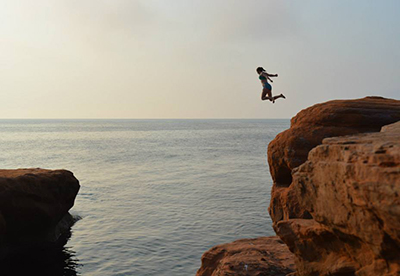 And courage is not just about the accountability to your decisions. It’s about having blind faith. It means the reality that you may have to accept failure. And having the courage to pick yourself up from the ground after that failure and push onward. You have to muster the courage knowing that life is life and that sometimes things don’t work out the way that we plan no matter the work that we put in. And be okay with that outcome and ready and willing to try again in a different direction. Courage is standing on the cliff of our greatest fears and taking a giant leap. It is the essence of daring to be great.

Yeah. The critics. The naysayers. There are all kinds of people out there, all kinds of ‘friends’ that will serve as your critics. Why would you want to do that. You’re biting off more than you can chew. You can’t lift that, write that, sing that, be that. You aren’t good enough. 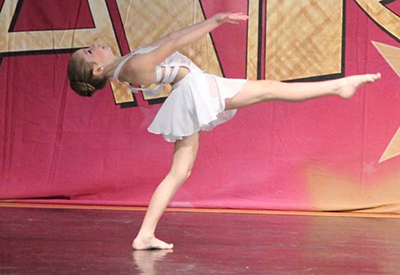 Tune them out. Turn up the music, get off the phone, get off of social media. Silence them. At the end of the day, we answer to ourselves. We are our own driving force. We need to be. We have to be. When you’ve accomplished something great, something that you set out to do and you’ve done it on your own - there is no better feeling. That’s not to say that we don’t have guidance along the way - of course we do. But when you silence the critics, the ones that don’t want you to succeed whether it’s out of jealousy, their own lack of courage, their own fears of daring to be great - it is one of the best feelings in the world. And it opens up the floodgates to what you can do.

Like I said - I feel in a little bit of a funk. As if I’ve lost my focus, my drive, my why behind deciding to enter. Maybe this will work for some, maybe it will work for no one but here’s some ways that you can readjust your focus and find that passion for achieving what you set out to achieve.

Take an hour and look at your goals. Did you set them too high, too out of reach? Did you shortchange yourself and not set them high enough? Take a look at what your short term and long term goals are and readjust them accordingly.

This goes hand in hand with the above. If you’ve set goals for yourself and you’re not getting there, haven’t made even a small dent in progress, ask for help from someone that knows. Someone that isn’t going to tear you down and make you feel small but someone that you trust, that will hold you accountable, make you feel like you can do it - but with a few tweaks. There’s no shame in asking for some guidance and assistance. 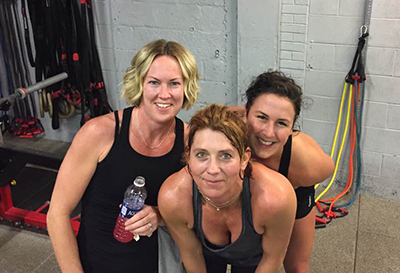 Get rid of the toxins

This one is significant and one of the most important. Cut the toxic out of your life. The negativity. Get rid of those things that are bringing you down. Whether it’s the coworker that goes out of their way to bring you a ‘treat’ every day and is sabotaging your diet, the friend that is always complaining, the acquaintance on social media that is constantly posting negativity, the gym buddy with a perpetual sourpuss on their face - ghostbuster them. Say No Thanks. Remove yourself from the equation. And that leads me to my next point.

Surround yourself with positivity

This is an easy fix. Whether you’re a lover of quotes, a music lover, whatever your go to is that puts a smile on your face - immerse yourself in it. Commit to doing something daily that puts a smile on your face. Make a point to uplift someone else, say a kind word. Find that person in the gym that is always laughing, smiling and work out next to them. Positivity - like negativity - is infectious. 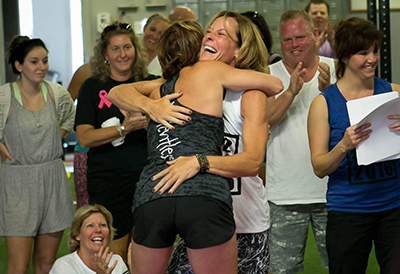 When you’re readjusting your focus, be accountable. Be honest. Okay, I shouldn’t have eaten six tacos for dinner the other night. I could have walked the dogs instead of watching Real Housewives. Four Trulys is two too many. Have accountability for how you haven’t held up your end of the bargain. Life happens. Shrug. Okay. Don’t let a bad day become a bad habit. Accept it and come up with a plan to cope differently in the future.

Quit beating yourself up. We aren’t meant to be focused 100% of the time, be 100% on. We have jobs and kids and dogs and lives and all of that gets messy at times. Shrug. Okay. Wake up and try again. Because you failed doesn’t make you a failure. Read that again and again and again. Dust yourself off, shake your tail feathers and back at it. Don’t measure yourself by how many times you failed - measure yourself by how many times you got back up.

Far From Perfect - My World

There isn’t enough time in the day or Titos in the freezer to talk about what all of that means to me. I didn’t really decide to enter into my goals, my dreams, all about Hallie and I wanted from my life until I hit my forties. My kids were older, I had more free time, I had to face the reality that I needed to start putting ME first a little more. So I did.

I started my own business back in 2006. A little sole proprietorship that sees more losses than it does gains but it would allow me to work from home. I got the business license, a federal i.d. number, all of it. I had to learn about accounting and receipts and all this other stuff that I had no clue. But I had made the commitment and despite more people than not telling me it wouldn’t work, you’re setting your family up for trouble, waste of time and resources, etc. - well, I’ve done okay for myself. I get to do what I love, I have flexibility to be there for my family when they need me. And I have the best coworkers a girl could ask for. 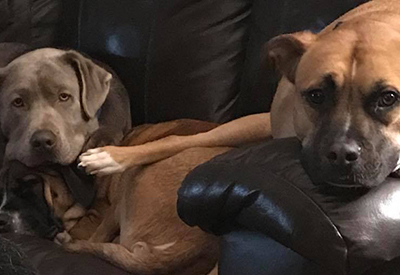 Flash forward to my physical fitness. I was a runner for years. Then I switched to triathlons for a few years. Then I did Insanity, P90X, every home workout you could imagine. After much coercion I agreed to try a gym. Metabolic conditioning classes gave way to strength classes which gave way to rounds style classes. I’ve gained 15 pounds and dropped probably at least 7% of my body fat. I have been told - You can’t lift that. Taken the weights off only to be told - Put them back on. I’ve been put down, picked up, tears dried countless times with a sweaty tank top, had some epic failures and some incredible success, suffered a lot of loss but made tremendous gains. Learned more about me in the journey than I could have ever imagined. 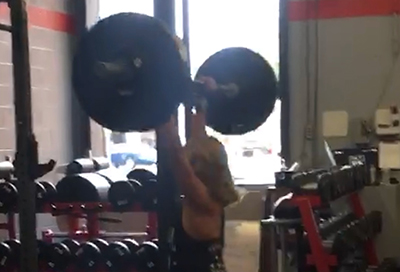 And the proof is in the pudding. Have I walked the walk and talked the talk? My greatest success in life are those three gooses. Rob and I are not easy parents to have. Shocker to none of you. The degree of accountability that we hold ourselves to - we hold our children to. It has lost us and them a lot of friends. More friends than what we have. We decided to raise them old school in a day and age where that is not highly looked upon. We had to have the courage to hold them to that standard no matter what. We had to turn a deaf ear to the countless critics and they have had to do the same. No matter how many times they fail, they rise. They readjust. They display resilience. They practice kindness and humility. Far from perfect. But are they good human beings - absolutely. 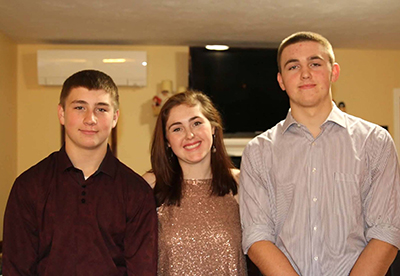 I know it’s hard. Trust me. I get it. It’s hard for me. But when you are at a loss for inspiration, in a slump, in need of a why - readjust your focus. Don’t beat yourself up for what you haven’t done or where you’ve gone astray. We are only six weeks into 2018 and this year has a lot of living left. You decided to enter - muster the courage to continue to march. Cut out the negativity, surround yourself with the people and the attitudes that are going to help guide you and perpetuate that forward momentum. Make it happen. 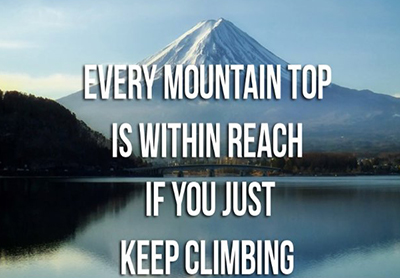