“We might bend or even break.
The journey’s long, but we will celebrate
When we get through the valley.”

Wow…The end of September already. Where did the time go? It’s been a month of apple picking, summer clean up and schedule orientating - things that are commonplace to the month, that we know are coming and we attack with renewed vigor. But it’s also been a month of firsts - first days of school, first games of the season, first forays into new things that we never would have dreamt possible, first fall season without. Things that are not commonplace in our world, things that maybe were scary, daunting, unthinkable yet we tackled them. Because we are brave.

This past weekend I had my comp on Saturday - CMF (Central Mass Fittest) 2017. Was the 10th anniversary and yes, it was scary and daunting and all those other things. But I signed on the dotted line and along with 19 other competitors arrived that morning to compete. To bring the best version of myself and hope, pray that I lived to tell about it. All the athletes gathered round at 8:00 am and they were going over all the events and I swear all you could hear was pounding hearts. I looked around the room and thought, “Wow…we are brave.”

I hit up my old friend Merriam Webster and looked up the definition of brave. And lo and behold what did I find but THREE definitions of the word brave. And because I was writing this by the seat of my pants and not sure where it was going, divine intervention happened and those three definitions became my inspiration. Let me walk you through brave (adjective), brave (noun) and brave (verb). Knowledge is power, peeps, and this is powerful stuff.

Good ole brave the adjective is probably the one that we identify the most with. It means ‘ready to face and endure danger, showing courage.’ That’s like superhero stuff right there. In basic terms it means something sits in front of us that makes us uncomfortable, makes us fearful, makes us afraid. And instead of turning tale and hiding, we stand up to that fear and shake our fist and face it head on. Our insides may be turning to mush, we may do it with shaking knees and fear in our hearts - but we are still brave enough to face that which scares us.

Brave the Adjective - My world

The best example I can think of  for brave the adjective from this past Saturday is a close friend of mine that competed for the second year in a row. And to say that she has faced fear this year is an understatement. And she has had no choice but to continue to face fear daily because she has three beautiful children that need her to be fearless and she has no other choice. She had to pick up a 100 lb stone and bring it to her shoulder. Now mind you this woman barely weighs over 100 lbs. She tried before the event and couldn’t. When it came time to actually pick up the stone she had close to five minutes to get it from ground to shoulder six times. No matter how many times she failed to get it to her shoulder she took a deep breath and tried again. With 27 seconds left, she got that stone up and balanced. And it was a beautiful moment. 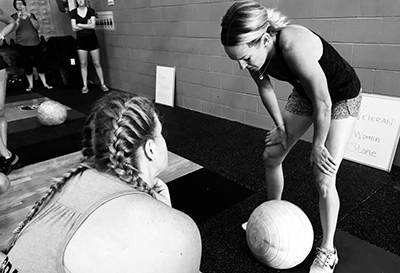 Brave the noun, well, that one is a beast. The definition states “people who are ready to face and endure danger or pain.” Another word if you will for a warrior, a soldier, a fighter, someone showing courage. A great example is thinking of a North American Indian - they were called braves. No need to overthink or overanalyze or over-label. The very act of choosing to be brave makes you brave.


“And we say hey, when we go through the fire
Heart in hand, hope alive, it will be ok
Hey, when we walk across the wire
We won’t back down ‘cause we are brave.”

Brave the Noun - My world

There’s this other girl. And let me tell you she’s been knocked down by life and had to endure more than I can imagine. She lives with Ankylosing Spondylitis which is a type of arthritis that affects the spine. It can leave her unable to even brush her hair much less put her body through some of the things that we do. Weeks ago she could barely get around. Saturday, well lets just say that she was the very definition of brave. It was her very first comp and she PR’d in two events, took first in almost everything and she was a lion, a fighter, a real life warrior. It was proof that when our bodies may give up, our heart and our minds are powerful beasts. I was not just inspired but I was humbled as well. And I can’t wait to see what her future holds.

Well, brave the verb is my favorite and the one that I personally related to the most. It’s to endure without showing fear. I call it faking it til you make it. Often times we look at people and think “Wow - how did they brave that? How were they able to withstand, suffer, bear that burden, that fear?” I guarantee you that most often they were scared out of their mind and had doubts and fears and simply had on their game face.

Brave the Verb - My world

I have the most perfect example and, not to leave all of you men out (sorry), but this woman, she fakes it till she makes it all the time. Again, someone that has endured and endured and endured with no diagnosis yet she shows up time and time again. She pushed countless athletes, myself included, to unimaginable heights on Saturday. Demanded that we be brave in the face of our fears because what other choice do you have. She is the voice at the gym that is constantly tell others YES YOU CAN! And I know she was in pain on Saturday but she pushed it aside and braved the day for the athletes, brought the best version of herself so that we could bring out the best in us. I adore her and admire her far more than she will ever imagine. 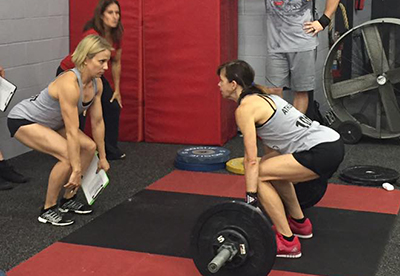 Brave in My World

I am blessed with lots of examples of brave in my life. Obviously a large part of that has to do with my Rob and his job and his accountability to himself and belief in serving and protecting. He is brave when he walks out that door. I know without question that being brave is a part of his make-up as much as he needs his heart to beat and his lungs to breathe - being brave is who he is. It is hard at times - more than most people realize. But that is our life. 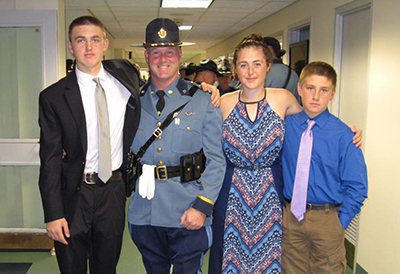 It was funny - going into the comp this weekend I was doing a lot of introspection, examining my why. And I told myself that my children compete ALL THE TIME. Whether it’s in sports, in school, at home (eye roll), who gets the front seat - you name it. They are fearless and brave so why am I scared of Saturday. And how come they are NEVER scared. And it hit me. They are who they are because of the example that Rob and I have set. They are my WHY. I do what I do to show my children that no matter your age, no matter your circumstance - why not you. Be a lion amongst lions and be the man in the arena. All three of my children live their lives that way. I honestly don’t think that they know any other way. And that is one of the greatest gifts we could ever give them and without question, my best achievement as a mom. 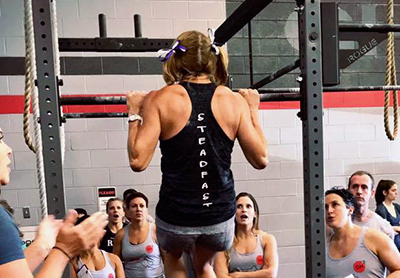 And my sister and her husband are continuing to march ahead. They are going on a year and a half since they lost their only child and I have no doubt that they don’t feel brave at all. But they are so brave. To be able to forge ahead in the worst of adversities - I don’t know how you do it. I don’t know how they do it. But I’m grateful that they continue to try because that is what Colton would want. And that is what our family wants for them. 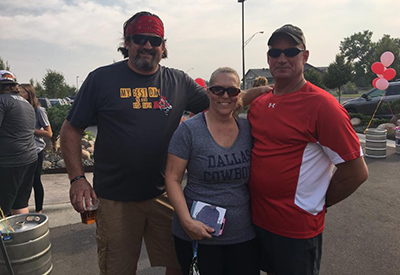 At the end of our days, we all should aspire to have gotten the very most out of our lives that we can. It is easy to be complacent, to choose the easier path. But think about what happens when you choose to be brave. Find that warrior inside, face the fear and make the impossible possible. Yes, it’s hard. And scary. And daunting. But it is only when you DARE to be great that you ACHIEVE greatness. Be brave.