I have always loved Memorial Day weekend. It’s kind of the unofficial start to summer for me and means that my house is going to be bursting with all the kids home. In the past we have always had a big badminton tournament on the Sunday of Memorial Day weekend but those days have come and gone. What I’ve come to realize is how much free time I have during the school year, how truly unscheduled my days are. That my freedom isn’t free because I will pay a heavy price this summer, being the puppet master at home, working around five different schedules. But Memorial Day it is and no matter what the future summer months have in store for me, I am happy it is here.

Freedom isn’t free…see how I worked that in there? Funny that on today, Memorial Day, that is a phrase that has so much meaning in my life as I’m living it. And how so much of our life revolves around freedom. Freedom to choose right from not so much. Freedom to come and go as we please. Freedom to love whom we want, whom we want to be friends with and the freedom to eat the whole bag of Doritos should we choose. And what better way to honor all those freedoms that we have and forget to be grateful for than taking a moment to stop and pause today, Memorial Day 2018.

Knowledge is power and if you’re old like me, I get Memorial Day confused with Veterans Day and some of the other ‘Day’ holidays. So a quick crash course on Memorial Day and what it is and what it means and how it came to be, etc. so that we are all on the same page.

Memorial Day, originally called Decoration Day, originated after the Civil War and became a federal holiday in 1971. It’s an American holiday and was originally recognized on May 30 back in the 1860’s but was later established to the last Monday in May under the Uniform Monday Holiday Act. This created a three day weekend for federal employees back in 1971 and it was that same law that made Memorial Day a federal holiday.

Memorial Day is a day where we honor the men and women that died while serving in the US Military. It came about in the years after the Civil War ended in 1865 as the Civil Warm claimed more lives that any conflict in the history of the United States. The death of so many required the institution of our country’s first national cemeteries (fun fact - I did not know that). Over the course of the next five years, towns and cities across the US began honoring the fallen comrades by decorating their graves with flowers and holding services - hence the initial term ‘Decoration Day’.

Another fun fact - I didn’t realize that Memorial Day was originally about honoring just those that lost their lives in the Civil War. Makes sense. The US found themselves caught up in another war - yes World War I - and Memorial Day evolved to honor ALL American military men and women whom died in ALL wars.

How we celebrate Memorial Day

Memorial Day is marked in towns around the United States with parades, observances, barbecues, family get togethers, celebrations of that nature. And it is also a weekend when cemeteries and graves around the US are decorated with flowers, flags and other beautiful and personal commemorations in memory of the deceased. I’m sure almost everyone has driven by a cemetery this weekend and has seen the flags and the arrangements and the families gathered. And if you haven’t, it’s worth it to take a drive by your local cemetery and note the decorations. 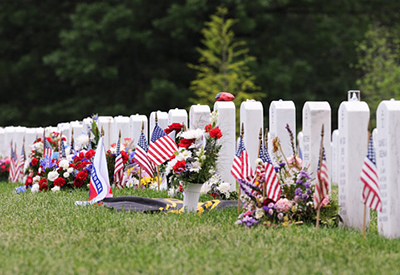 Other ways in which individuals and athletes celebrate Memorial Day is by doing 'Murph'. Murph is CrossFit style workout known as a Hero WOD. Hero WOD’s honor men and women that have fallen in the line of duty. Navy LT Michael Murphy was killed in action in Afghanistan on June 28, 2005 and Murph is not only named in his honor but it is also a workout that was LT Murphy’s favorite. He called it "Body Armor". The workout consists of a 1 mile run, 100 pull ups, 200 push ups, 300 air squats and then finish it with a 1 mile run. While wearing a 20lb vest or body armor. Wowie! 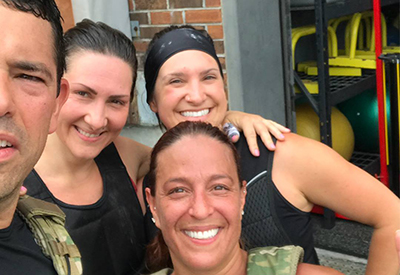 The Battle of Gettysburg was a three day battle that took place near Gettysburg, PA. This number is staggering - almost 52,000 men were killed, wounded or missing in action. By the time the North won the Civil War in April of 1865, more than 620,000 men had died during battle. Six hundred twenty thousand men lost their lives. That is more than any other war in our American history. 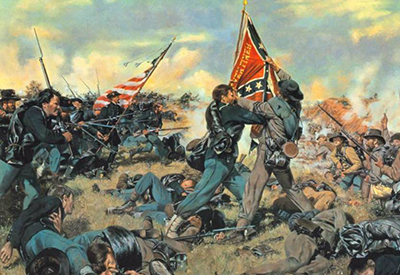 The outcome of the Civil War in addition to the tremendous loss of lives had a tremendous impact on our history and, in turn, on Americans today. Before the southern states were re-admitted to the US, the 13th Amendment abolishing slavery, the 14th Amendment which guaranteed citizens would receive equal treatment under the law and the 15th Amendment granting black men the right to vote were all added to the Constitution.

How is that not humbling?

I looked into this a little more and if you weren’t humbled before, maybe this will do the trick. Since the Civil War, the information I found (thank you Wikipedia) for the number of United States military combat deaths is well over 500,000. Over 1 million men and women have sacrificed their lives for our freedom dating back to the 1860’s. How do you not honor them? Give your thanks? Have gratitude for the basic freedoms we all too often take for granted?

Like I said, this was kind of a different Memorial Day weekend in my world and it’s just the natural progression of life I suppose. My mom spent the day yesterday decorating the graves of her grandparents and my grandmother, placing purple tulips at my grandmothers grave site as those were favorite. And coincidentally the last flowers I brought to her when she was dying and I came home to say good-bye. Because my mom lost her brother this past November and both of her parents are deceased, it is a holiday that I know leaves her feeling a little bereft, a little alone, honoring those that were closest to her for the early part of her life. I wish I could’ve been in Montana to go with her and share in honoring them.

My husband’s first cousin, William Sean Schumaker, was born in Greenfield, MA on June 21, 1961. He attended Tabor Academy and then went on to graduate from Stetson University with a BA in Business Administration. Sean served his country as an army officer from 1985 to 2009. His military decorations include the Bronze Star Medal with OLC the Defense Meritorious Service Medal, the Meritorious Service Medal with two OLC’s, the Joint Service Commendation Medal with two OLCs and the list goes on. He served in Desert Storm, Kuwait, Bahrain and Iraq. He retired as a LT COL. He passed away unexpectedly in December of 2011. 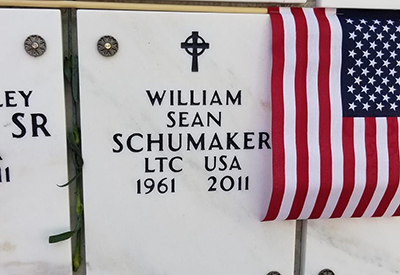 Thank You For Your Service

Sean’s father, Lonnie, was a graduate of Tabor Academy as was Sean’s brother Joe. My youngest, my Jax, will be starting at Tabor Academy this fall as a sophomore. A fourth generation Schumaker that will be a Seawolf. I like to think that a part of Sean, the man he was, the soldier and leader he was, in some way, whispers in a part of my Jax. And I am honored and humbled that he is following in those footsteps. Because those are mighty big boots to fill. 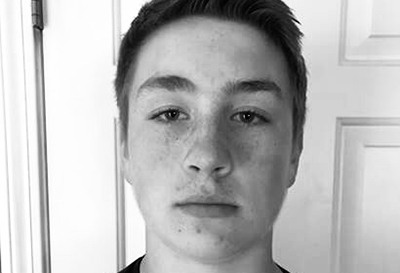 I had contemplated doing Murph because I have yet to do it and it simply wasn’t in the cards today. Instead, I laced up my running shoes and tackled the road on Mt. Wachusett with a couple of girlfriends. Well, they tackled and I sucked wind but the effort was most definitely there. The challenge was enough to remind me that where this old girl does have the legs she used to I still got a little bit of gas in the tank, some miles still in me. 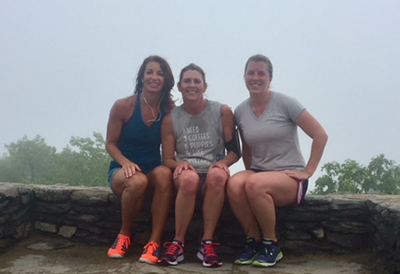 The freedom I have enjoyed during the school year with two of them in school is coming to a screeching halt. Dying a very quick and emotional death as I am faced with the reality that what I took for granted for the past nine months is no more. That my time is no longer mine but theirs. They too are all too aware of the freedoms that they have had while at school are about to be yanked out from underneath them like the proverbial rug. And will be dying a quick and emotional death as we learn to navigate a whole new path of dependent in-dependency together.

Freedom Is NOT Free

Freedom isn’t free, peepers. There is always a price to pay. A loss of life. A loss of familiar role. Letting go of what was and charting a new path. What I have learned and what I believe is that when we lose sight of the gratitude, the humbling factor of what was sacrificed for those freedoms - we decrease the value of our days. Of our spirit and our person. Of the lessons we hand down to our children. And we should not DEVALUE our lives, our selves, our families by the mere excuse that ‘we forgot’. Because I promise you - LT COL Schumaker’s family has NOT forgotten him. Nor have hundreds of thousands of families forgotten their loved one.

Honor today. Honor those that have given the ultimate sacrifice. Pay it forward in your own life and honor your parents that maybe are alone and you are what they have left. Parents that go without so that you can have the freedoms you want, the right to choose. Be grateful for the children that are exercising the freedoms that you sacrificed for so that they could take advantage of the opportunities life presents to them. 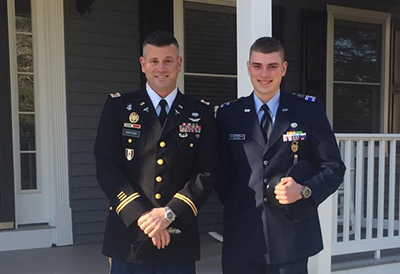